Yesterday the snow hit so I decided to try to knock off some projects that had been on the back-burner.  Two of these were related to one another, the first being setting up my spare wireless router as a client bridge and the second setting up a Raspberry Pi with raspbmc.

Completing these two projects would allow me to create a Media Center for television and music.

I had spent several days deciding  whether to use the wireless router I had spare to create a second network at home (not connected to the Internet), or to use it in client bridged mode.

In the end I opted for client bridged mode. The wireless router has a number of Ethernet ports located on it and would be perfect to place next to my TV as this is nowhere near my existing Ethernet switch. With this in place I could then run a short Ethernet cable from my Raspberry Pi into the wireless router and then stream TV over the wireless connection back through the Ethernet connection to the RPi and then over HDMI to the TV.

This image from the dd-wrt website shows an example of a network setup using two wireless routers one in client bridged mode:

Setting up the wireless router was fairly straight forward. I used a Cisco Linksys E4200 router and installed the dd-wrt software onto this.

You can check your wireless router to see if it is supported at the following link:

Once you have found your router download the firmware and follow the instructions on the dd-wrt site. There are a number of warnings on there to help you avoid ‘bricking’ (screwing up the router so it as much use as a brick) your router.

I would recommend following these as it will cause you less pain in the long run.

Once you have the router setup, follow these steps to set up the router in client bridged mode:

Raspbmc is a version of the Debian Linux distro specially compiled for the Raspberry Pi to turn your Pi into a XBMC media center.

Installing it is fairly straight forward. Format  an SD card and then follow the steps located here depending on what machine you are using to format the card.

Once you have the SD card ready to go you can hook up your RPi to the wireless router, TV and power and get things started.

Note: If you have problems with the HDMI cable not displaying a picture, try the steps at this link:

When the Pi boots up it will run through the Raspbmc installation process. 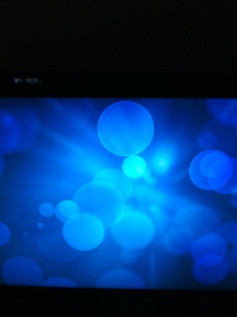 Once the installation is complete you will now have the XMBC media center ready to start using.

A wide variety of content is available on Raspbmc ranging from BBC iPlayer through to Hulu.

You can find instructions on installing the various TV networks software from the UK, US, Canada, France etc. at these following links:

Some content will not work in your area due to restrictions, for example BBC iPlayer TV content is not available outside of an UK IP address range (however radio is).

Tunlr.net seems to be a popular choice for circumnavigating this – Disclaimer: I’m not sure what the legalities of this are so you use these services at your own risk, if you don’t know it is probably best to avoid it.

So there we have it, a simple XMBC media center running on your Raspberry Pi that you can use to stream TV, radio and other media from.

You can read more about XMBC’s features and quick start guide at the following URL:

I have  Gertboard ready to build for this Pi as well, so I will be looking at what I can use this for in my media center.